In this post, I hope to give some guidance to anyone wanting to take the AWS Certified Cloud Practitioner exam. If I can do it while on maternity leave, looking after a baby less than three months old (and also looking after a five-year old at the same time), I’m sure you can do it too!

You Don’t Need To Do Anything on Maternity Leave

I think that I should start by stating this disclaimer. I don’t believe that you have to do any work at all over maternity leave other than look after your baby (which is hard enough!). Pregnancy is tough and labour is…well…labour. After all of that, you should be able to enjoy maternity leave.

Looking after a new human being in their first few weeks of life is like some sort of test of will. So you deserve to do nothing but raise your child and chill out with the entertainment of your choice. Be that a good book or watching Netflix, Disney+ or Amazon Prime to your heart’s content.

Why I Didn’t Just Relax

While I wanted to relax with my baby, I like learning. I’m in the tech field where new things arise every six months. I love reading and playing with the new tech, tools and sometimes languages. Plus as I sort of knew what to expect this time, I knew that during the first few months, I could carve out time to do things for me (please note that this was after the first few weeks. Then when teething hit, everything went out the window, and let’s not even start on the lock down when childcare shut down so I then had two kids everyday).

So, in this time, I choose to do something that would benefit me for the long term, in my day job and business. By getting a certification.

Why I Chose this Exam

I wanted to improve my knowledge of cloud computing as it was obviously going to be something that tech companies utilised more and more in the future. I had previously won a scholarship to use the Cloud Computing online learning platform A Cloud Guru in 2018 and while I was working through it, I’d not gotten its full use yet. So I made the decision to get the most of this by completing it and gaining the foundational certification.

Note: I began writing this post the day after my exam on Feb 29th 2020. The Covid-19 self isolation message from pretty much every country wasn’t in effect yet. Once this hit, all companies that could, let their employees work from home. I believe that this massive switch in ways of working will lead to some companies either in part or fully allowing their workforce to work from home on a more permanent basis. Cloud technology has shown that this is mature enough to handle it and it saves them money. But I’ll discuss this further in a future post. So, I’m glad that I chose to take this exam. 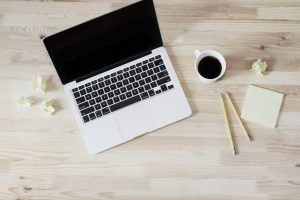 These were the resources these I used to prepare for my exam:

I had originally begun my notes during my day job as this training directly related to my day-to-day work.

I wanted to spend 30 minutes each day working through the course. Unfortunately, this never happened everyday as my maternity leave start date approached fast. I was busy recruiting for the team that would replace my workload and be set up for when I returned. So while I had started my notes, they were nowhere near completed once my maternity leave began.

As I was on maternity leave and would have a limited amount of time to complete my notes before the baby’s “scheduled” arrival, I wanted to be clear on my plan. I’ve outlined my initial plan in my preparation notes.

Before my son was born, I wanted to complete my notes but mentally and physically preparing for a baby got in my way. I did continue with my notes but I never completed them before he was born.

My son was born two weeks late and then we had Christmas and New Year’s to get through so nothing much got done within this period.

I had originally booked the exam for mid-late January, but after assessing how much work I had to revise, I decided to put it off until the end of February. At this point, I gave myself a mental kick to get focused and prepare. I wasn’t going to push it back a second time.

It was back to school in January so I was still doing the school run for my eldest child. I couldn’t just block out a couple days and plow through the content.

Sleeping in or through the day when I needed to was worked around the last note-taking sessions. I worked through the remainder of the course within about five days.

By the time my son was born and my notes were complete, my subscription to the A Cloud Guru platform had expired. So I decided to purchase a course of practice exams from Udemy. The course consisted of a set of six practice exams.

I began practising the tests about two weeks before my exam. At this point I did have a thought that maybe I should push the exam back again because there was a lot to remember. But I decided against this as I would probably just keep pushing it back and never get it done. Plus I had a babysitter already lined up aka Nana and didn’t want to mess her around.

This was the approach I took after I fully read my notes and tried to commit all the content to memory:

I did this with each test until I had completed all six once. If you follow me on Instagram, I showed these on my stories. I tried to do two tests a day (while feeding) so that I was keeping up the daily momentum.

My aim was to try and get 90% on each test before I attempted the exam. But in the end I actually settled on gaining results above 80% on each test. I did the tests 15 times in total. I wasn’t fully confident as I wasn’t hitting 90% but I did think that I had prepared enough when I took my exam.

It was a quite nerve racking experience as I hadn’t taken an exam in a while. Towards the end, I actually thought that I had failed. This feeling was so bad that by the time I was at the results screen I was so upset that I didn’t realise that it said “Pass”!

I had to rush home after the exam. There was no time to buy my celebratory Switch game as my baby was apparently screaming for me. Luckily, the test centre wasn’t far from my house and he had been calmed when I got back.

So a few days after, I got the details of my results and it seems that I got 93%. Not bad for my first go at an AWS exam and studying while on maternity leave. 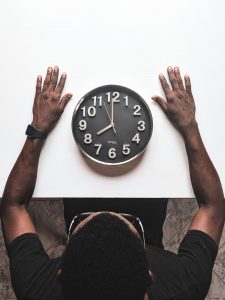 Once the baby was here managing my time was tricky at first. They say you should sleep when the baby sleeps. So that’s all I did in the first two weeks and during the Christmas holidays. However, once school went back, I had to pull myself out of bed to do the school run.

I could always crawl back into bed after though so that was helpful. But if I wanted to pass first time, I needed to complete my notes and carve out some decent time everyday to revise. So I tried to do a small amount daily (or every other day) from January. Then upped the time towards the exam date.

I’m not going to lie. There were a number of times where I would be feeding the baby on one arm and taking a practice exam with the other hand.

Trying to do this on maternity leave was very ambitious. I think I was pretty mentally drained from this on top of being physically drained. I’m not sure I’d do another exam during this maternity leave. Although working towards something that has a hard deadline is still the best way that I work. I guess I just have to figure out another way for me to be kept accountable to a goal going forward.

It turned out that the exam guide was about 90 pages long. And I only looked at this 3 days before the exam. With my notes and my high pass marks on the practice tests, I was confident that I wouldn’t need this.

What’s Next for my Goals?

In March I took a break (after all I am on maternity leave) to figure out my plans for April and to unwind. I was trying to decide on which goal to start next or look into the Associate level exam. Then the Corona virus outbreak happened and self-isolation was encouraged. Then I suddenly had two children to look after daily, so my objectives changed.

I did obtain the next course from A Cloud Guru though. I really liked how easily accessible the content was and the structure of the Certified Cloud Practitioner course.

It’s now the end of April. I’ll be working through this course later in the year once normalcy returns to my life. Or at least it becomes a lot more predictable.

For the next quarter, I’ll be trying to work on my next app project. I’ll be posting about this on my Instagram account kayleighmoliver every week (so follow me there if you’re interested). This project involves me using my C# and Git skills. I hope to complete a goal or two once this app is released. I do feel like these goals are a bit vague though, so I’ll be making these SMART goals over the next month.