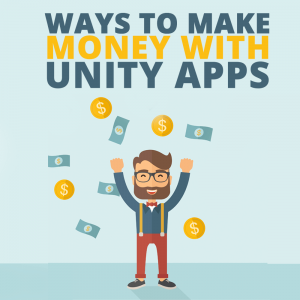 Here’s my next post which appeared first on Simple Programmer.

So you’ve got an idea for an app, but you want to actually profit from this idea, not just pour a lot of time, effort, and money into something that won’t give you a return on investment.

In the 10 years since the App Store first opened, the number of ways to make money from an app has grown from the single option of just selling your app on the store.

Unity has made creating apps for the Apple App Store and Google Play extremely easy with its Unity editor and tools. You only need to create one codebase to distribute to all the stores. And they have even developed services to allow for extending your apps and adding additional streams of revenue into the project even easier.

But, which stream is right for you and your app? And does its potential revenue align with your monetary targets, business goals, and development skills? Would a monetization method that’s more costly and requires more development effort be a better option in the long term if it makes you more money?

This discussion of the typical ways that developers generate money from their Unity apps will help you answer these questions.

There are many methods to monetize your Unity app. However I’ll be discussing those that are well-known:

Sell Your App at Full Price

When the App Store first launched in July 2008, the only way to monetize your app was to sell it at the full price.

The revenue potential in those early days was significantly higher. Small, short, and simple apps selling for $1.99 were netting the developer enough to let them give up their day job. This was because the competition and market was small, and the user base was a lot less sophisticated regarding the quality content of their apps.

Full-price business models are still the easiest to set up and predict sales from your apps. The revenue you generate is 70 percent of the full price of your app due to Apple’s and Google Play’s cut (this doesn’t include any currency conversion charges). With this in mind, you can roughly calculate that the total price of the number of apps that are downloaded correlates 10:7 with the amount of revenue you will generate.

If you want to set this up for your Unity app, you don’t need to do anything specific. Simply create your build, and then upload to the appropriate app store, and set the price to whatever you wish.

In 2011, In-App Purchases (IAP) were introduced. These items could be small, like cosmetic upgrades, or big, like the ability unblock the full version of your app.

Along with the size of the IAP you can offer, there are currently three different types of IAP:

Consumable items are those that are reduced by one when used. They can only be used a set number of times (this is usually once). For example, the jelly fish used in Candy Crush Saga by King is consumable. Non-consumable items can be used multiple times. An example is an upgrade to your character’s armour. Once purchased, the character will use it all the time. Subscription items are those where the user will be charged a set amount per month, year, or any frequency that is set by the developer. The subscription option was first introduced in 2016. For example, getting access every month to all updates and all content unlocked in an app is done by subscription.

Unity IAP requires a bit more development effort to set up, but it means that you remove the cap on the revenue you can generate from any one app you create. By adding in IAPs, you won’t just be limited to earn a single amount for an app sale in the app store; instead, you could earn multiple times, depending on how many IAPs you set up and how many times they can be purchased.

The amount of money to be made with IAP is always a bonus if you offer these within full price apps. The best way to maximize revenue for IAPs is to carefully watch the IAPs you’re selling and for what amount. If you find you are selling more of the $1.99 items than the $4.99 items, you may want to consider changing the cost of the £4.99 items or increasing the price of the £1.99 items.

The time of year, external factors (e.g., yearly events), and the item itself should all be taken into account when adjusting item prices and choosing to remove some. Make sure you look at all the evidence (hopefully backed up by your app analytics!) before you make changes.

So, the potential revenue can be unpredictable at first, but if you find a pattern, you could make a lot of additional money from a single app.

Freemium is commonly used now by app developers, as users like to try before they buy. This gives them the free option to test out some of the app features before committing to a bigger purchase.

The amount of development effort here is the same as for an app with IAP.

This business model can be unpredictable. Although you can predict based on previous sales of IAPs, you can’t be certain how many of the free downloads will convert to paid in-app purchase sales. It’s important to maximize your chance of this by designing your free product to show your best features without giving away everything for free right away.

It’s hard to find out when ads were first introduced into apps, but from what I’ve seen, they’ve been there nearly from the start. However, this monetization method has become diverse in itself, and now there are different types of ads to choose to integrate into your app. With Unity Ads, you are able to select ad categories that are more relevant to your app so that your audience is more likely to engage with them. For more information, please see the Unity Ads Publishers page. The following are different types of Unity Ads.

Interstitial
Interstitial ads are static or dynamic image-based ads. They fill up the entire screen of your device when they are active and are set to trigger at specific times during the flow of the app.

Incentivized
Incentivized ads give the user a reason to interact with the ad. For example, they may be rewarded with in-app currency or items in return for interacting with the ad.

Banners
Banner ads are the oldest type of ad. These usually take up the lower sixth of your device screen and are shown at any time, even for the entire duration of your app session. These ads are the least intrusive to the user’s app session and aren’t usually the most interesting to look at. This could be because they’re designed not to draw too much attention away from the app’s main function.

Videos
Video ads are usually incentivized. But there are some that simply want the user to watch the ad without offering anything for their attention.

To integrate ads into your Unity app, within the Unity Editor, open the Services Window and select the In-App Purchasing option.

Ads are all about getting clicks and views. The more you have, the more money you can make. But in order to make a lot of money from ads, you need a bigger user base, as payouts are usually from views and clicks in the thousands.

The Asset Store is a unique marketplace for Unity developers. It provides objects to use within your project from individual assets, like a chest to complete projects such as Scrambled Word Game.

To do this, you need to sign up for an Asset Store publisher account and fill in the relevant information. When you’re uploading your asset, you need to provide screenshots and other metadata to help potential buyers learn more about your asset in order for them to buy it. For more information see the Unity website instructions for how you sell your assets.

What’s Right for Your Project?

The ways that you choose to monetize your app is a decision that must be thought about very carefully. It can affect the type of user your app attracts and the number that convert to buyers.

You need to ensure the type of monetization method you integrate is something that your target user expects, is used to, and wants to use. Therefore, gaining feedback from them about their previous app purchases may give you an insight into the types of monetization methods they prefer using, ads, subscriptions, or maybe IAP.

It may be tempting to offer a range of methods to try and catch the majority of users, but each type you add may cost more to implement. Keep costs low in the beginning, and focus on a maximum of two per project.

If you’re still unsure about which types to use in your app, implement different types across your catalog of apps. If one method isn’t working so well, you’ll know that may not be the best option for your audience. You can then change it to something that may be performing better. It all depends on your feedback.

Continue getting feedback from your users directly and indirectly to assess which monetization method is the best one for you to make money from your project. 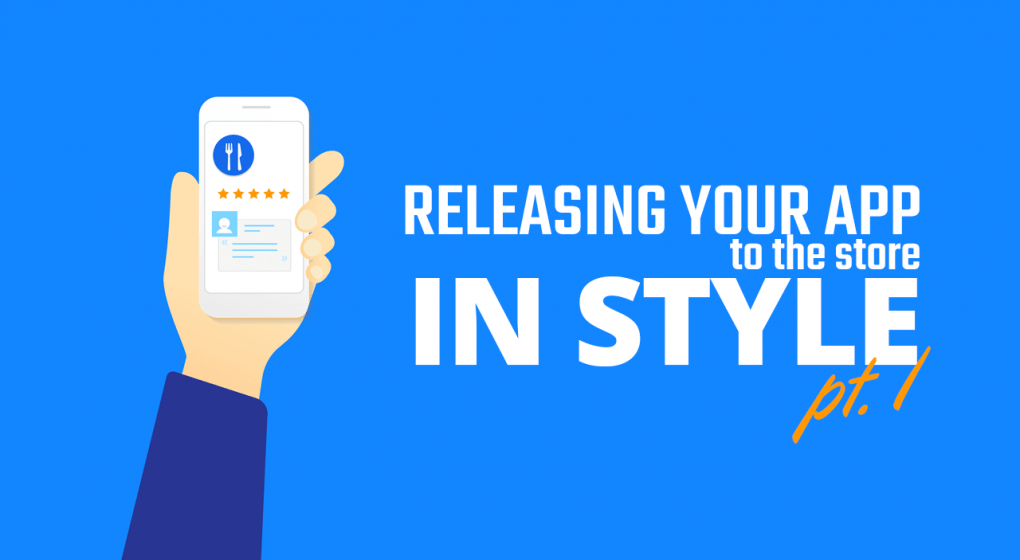 Releasing Your App to the Store in Style Part 1 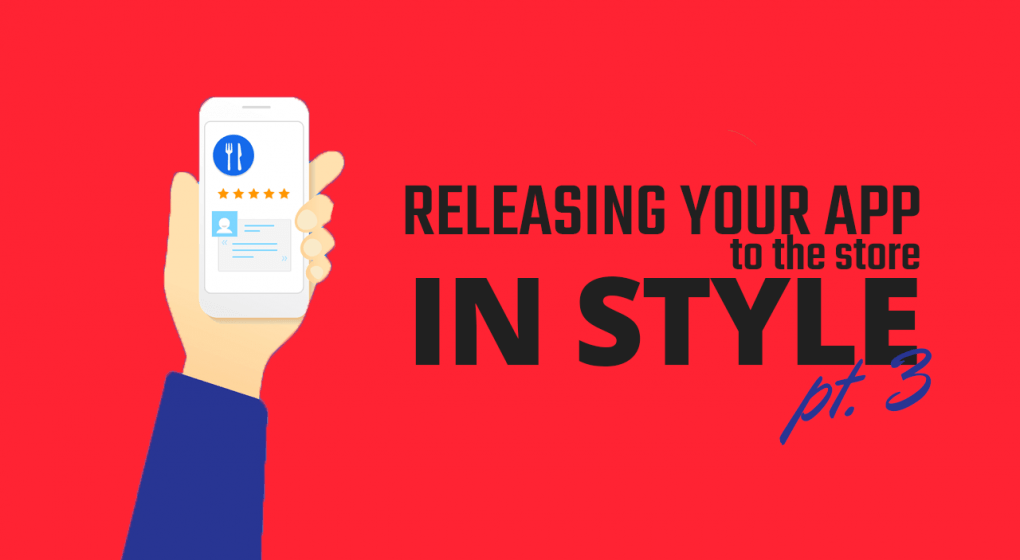 Releasing Your App to the Store in Style Part 3