Last year, I was selected for a scholarship to Appium Conference 2018 by White October Events. I’ve been aware of Appium for years now as I’m an app developer but I’ve not (yet) used this tool on any of my projects.

For those that don’t know, Appium is a mobile testing framework built upon the Webdriver technology. It was created in 2013 by Dan Cuellar. He was an Test Manager at Zoosk who  was finding that the length of the test passes on the iOS product was getting out of hand. Appium allowed him to write automated tests for iOS as easily as Webdriver was used for automating websites.

Five years later, Appium has a massive community building up a successful open source project that can be used on Android, iOS, Windows in a variety of coding languages.

This year was the first Appium Conference.

There was only one track which was great because I got to see everything and didn’t have to pick between two talks that were probably going to be beneficial to me.

All the talks were highly interesting and not too difficult to follow for a beginner like me. So I want to share my biggest takeaways from each of the talks. 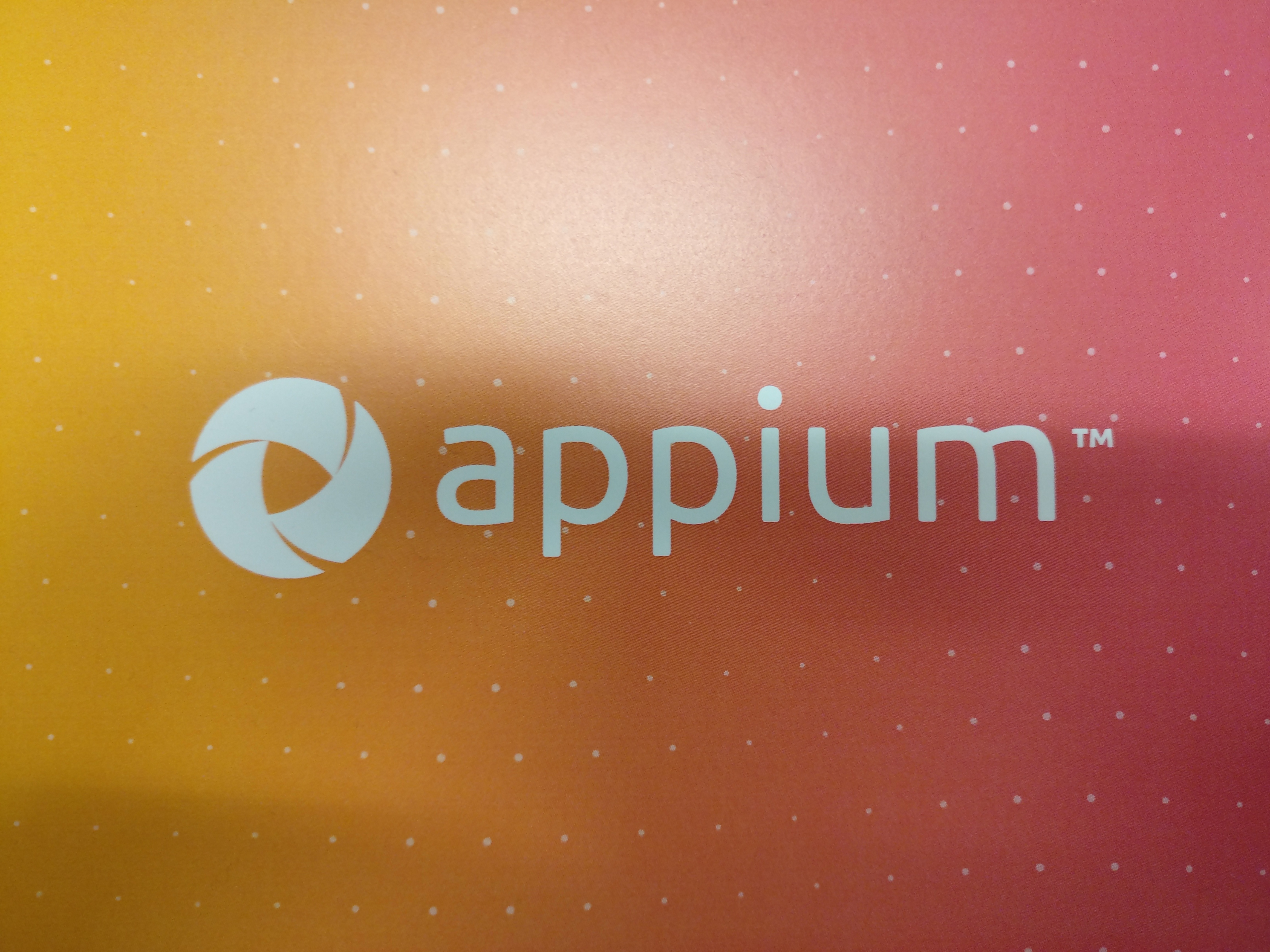 The day began with a keynote from Dan Cuellar and Jason Huggins. They spoke about the history of Appium, where it is now and briefly touched upon where he wants it to be in the future and mentioned their vision of StarDriver.

They want to see Appium grow it’s users and the platforms it can test particularly to the internet-of-things and various hardware.

The best takeaway for me from this keynote was the phrase “Challenge everything you see”.

Appium: A Better way to Play the Game

This first talk was given by Charlene Granadosin & Charlotte Bersamin. What I found interesting within their talk was how they were integrating their release and exit reports within Jira using Xray. They used a curl command to upload their latest test results to Jira so these results are clearly visible to the Product Owners or Managers of the team.

My biggest takeaway from this talk was to investigate whether the tools we were currently using for test case management was able to integrate with Jira to give such detailed reports and to try and get the automation up and running.

Daniel Puterman‘s talk explained how he had contributed to the Appium project by creating a new endpoint to gather native application screenshots.

Because the company Daniel worked with was Applitools, my biggest takeway from this was to figure out whether visual testing tools would be useful for testing virtual reality (VR) applications as much as they would be for websites of mobile applications.

Why the h# should I use Appium with ReactNative?

Wim Selles delved into a comparison talk about why they chose Appium (which was extremely useful as I’ve also been debating what automation tool to use for mobile apps).

Out of all the frameworks he mentioned, they went with Appium because it fit with a lot of his requirements for testing ReactNative apps.

There were a lot of takeways for me from this talk.

He also gave a couple of good ways that you can speed up app testing:

Prachi Nagpal explained how she was using Galen to perform her UI browser based testing for mobile and desktop devices. Galen does this by measuring the distance between elements that are being tested. You can also produce heatmap results from this tool.

It was a good talk and interesting to see a tool that I had never heard about.

Can you please provide the full Appium Server logs? A Brief Tour of the Logs

Isaac Murchie next walked us through the Appium logs and the takeaway here was that he pointed out that some lines are bolded to highlight their importance.

He also noted that the following are ways to know which are requests and responses in the logs.

This is a request:

This is a response:

In his talk, Telmo Cardoso told us how he tested native components of mobile operating systems. He explained the challenges that he faced (some tasks were difficult on one platform but easier on the other) and ways he and his team had got around them.

The areas he found challenging were:

The biggest takeaway from this talk was that he used Cucumber for his automation framework along with with Appium successfully to test the native applications and features of smartphones and not just the applications running on them.

Because of my daily work with Unity projects, I was particularly looking forward to Ru Cindrea‘s talk on how she used Appium for her Unity games and apps.

She first explained how she used OpenCV an image recognition tool with Appium to try and test her Unity games.

So she decided to create a component called AltUnityTester to help her with her issues.

AltUnityTester is created with Python bindings. It opens a socket connection and waits for a response on a specific port.

When the AltDriver is added into the Appium project it gets a list and knows everything about that Unity scene’s objects. It can then send a command to that port to get information back from the scene to perform tests e.g. checking the end position of elements or text output.

This solution is useful because it’s real-time but it does require changes to the project and it only works with Unity.

So my biggest takeaway was to investigate whether this AltUnityTester could be extended or something similar made in order to test VR applications using Unity.

It’s available as a Unity package or on Gitlab.

Budi Utomo next talked about his Docker-Android image to test Android projects and websites on Android devices.

His plan for project development was to:

The biggest takeaway was the demo that showed how Appium can be used easily within Docker containers.

Rajdeep Varma explained how you can use Appium scripts to call development code methods from test code.

He used Appium in this way because he was having a number of problems when trying to write tests:

This is where he is using backdoors and where he thinks they could also be used:

The biggest takeaway from this talk was to be careful not to use backdoor for every test case and call incorrect methods in order to make tests pass.

Canberk Akduygu gave us a talk about his challenges when automating the BIP app (it’s like the Turkish Whatsapp).

He was building an extended grid solution to change to the right version of Appium and set the desired capabilities within their testing framework according to properties set in a JSON config file.

His demo was the biggest takeaway which showed two phones messaging and even calling the other. It was one scenario that was running two different steps on each device. It showed that the test steps needed to be synchronised.

From a Software Tester to an Entrepreneur: What I’ve Learned

Kristel Kruustuk next came on stage and walked us through why she founded Testilio and her struggles with the company despite being so successful and growing at a fast pace since she began.

My takeaway from this talk to was investigate and get in touch with the Testilio team and see if they had any future plans for expanding from manual and automation testing to VR testing.

Appium: The Next Five Years

Jonathan Lipps gave the final talk and began again with the history of Appium but then spoke more in depth about the vision of the product over the next five years and hopeful milestones. Some of these things were:

Lastly, we were treated to a performance featuring Jonathan Lipps, Appium and Selenium. I believe four or five instruments were being played by Appium, Selenium was outputting the lyrics and Jonathan was singing and playing the ukulele.

My biggest takeway from this is that Appium can be used in a variety of ways to perform a number of impressive tasks.

The after party was held at a bar a short walk from St Paul’s Cathedral. There I managed to talk to Ru Cindrea in more detail about the project I wanted to use the AltUnityTester for and whether she thought it would work. I also, managed to talk the ears off of both Charlene and Charlotte who were the speakers from the very first talk of the day.

I had a great day, met loads of wonderful people (including attendees and speakers) and I hope that next year, I’ll have begun using Appium for something that I do so I can share my own experiences with the community. 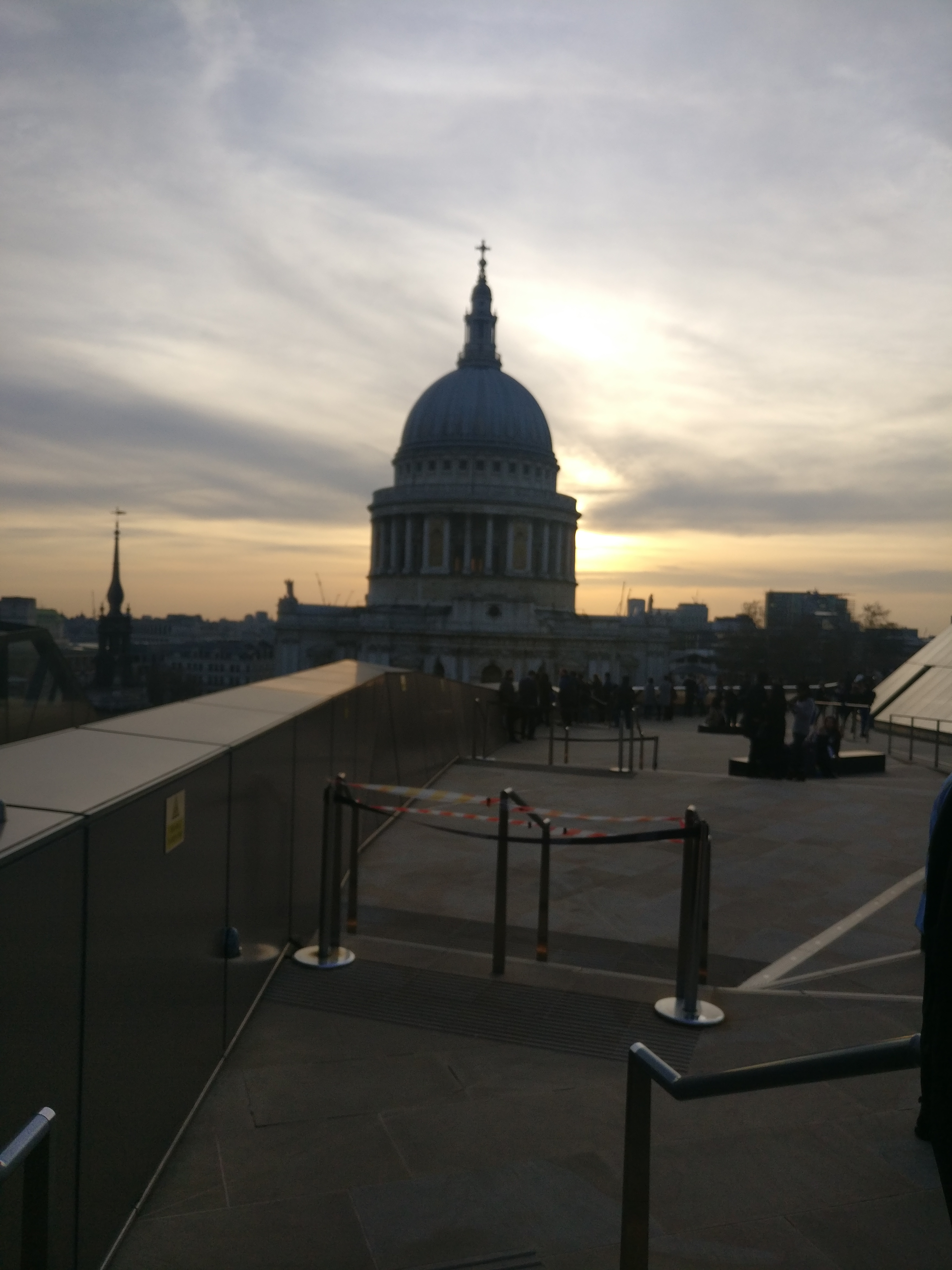